On June 12, new Board members began their three year term at the Board retreat. Traditionally, board service has been aligned with the New Ideas Annual Conference in September. Beginning this year and moving forward, board service will begin annually in June. Our outgoing Board members and full 2016-17 Board will be recognized at Conference in September.

Theresa Parsons, CAE, Executive Director, Texas Council of Administrators of Special Education, also joined the Board to fill a remaining one-year term that was created by a vacancy. Per the bylaws, the Board may fill vacancies upon a recommendation from the Nominating Committee. 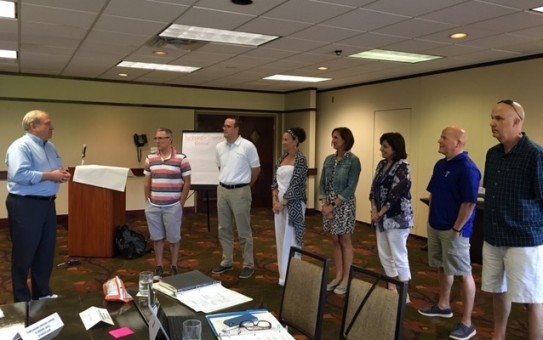 Installation of new 2016-17 Board members and officers.

Webinar: How to Improve Your Sponsorship Progrom During the Pandemic