On March 18 & 19, American Association Day 2013 brought together over 150 Fly-in participants from 27 states. Six Texas association executives attended the Fly-In with TSAE president Beth Brooks to visit with Texas Senators and Representatives. They were:

More about the American Society of Association Executive’s efforts on the Hill (from ASAE):

Most recently, the House Ways and Means Committee announced the formation of 11 separate working group to sort out the issues lawmakers will face with tax reform legislation. The working groups will review current la in their designated issue area and then identify, research and compile feedback from various stakeholders. Once the work of those groups has been completed, the Joint Committee on Taxation will prepare a report for the full Ways and Means Committee, due by April 15, 2013. One of the working groups has been charged with looking at charitable and other tax-exempt organizations. This group is being chaired by Rep. David Reichert (R-WA) and the vice chair is Rep. John Lewis (D-GA).  Reichert will be looking at UBIT, triggered by concerns from college and university sponsorship programs, as well as AARP. Our concern is that this puts all association revenue in the UBIT crosshairs, as reform could reduce net income from trade shows, sponsorship affinity programs, and royalty payments. This is an important development in the overall discussion of comprehensive tax reform and it will be critical that ASAE and other associations provide feedback to the group and monitor these discussions closely.

ASAE is part of the Charitable Giving Coalition that is working to preserve the charitable tax deduction and participated in the Coalition’s fly-in which was held in December. ASAE also submitted comments to the House Ways & Means hearing on charitable giving. ASAE continues to work collaboratively with other leading industry groups to document and reinforce the value of face-to-face meetings and government employee participation in such meetings.

You can read more updates from ASAE here.

ASAE also provided us with a great tip sheet for making visits at the Capitol that you may find useful if you will be holding a Fly-In in D.C. Download "Basics for Making a Hill Visit."

Texans with a copy of Association Leadership in Washington D.C. for ASAE's American Association Day: 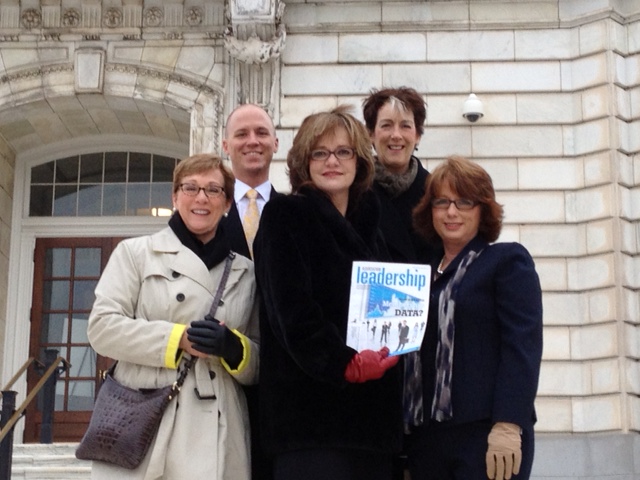 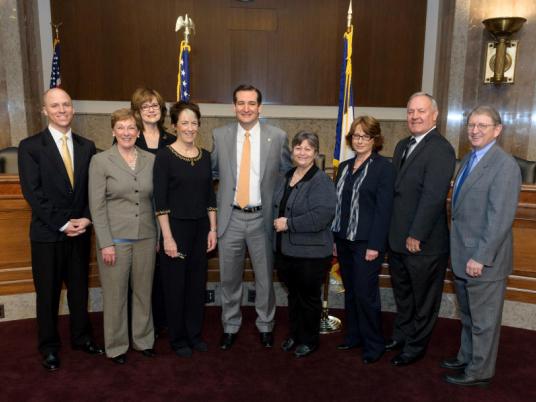