Meet the 2015 Class of Leadership TSAE

Leadership TSAE is a nine-month program designed to help participants develop well-rounded skills and a broader knowledge base to enhance their professional abilities and make them a more valuable leader at your association.

We are excited to introduce you to our 2015 class!

Maria Jose Angelelli is the Support to Service Providers Director at the Texas Council on Family Violence (TCFV). She has worked in the nonprofit sector for over thirty years. Angelelli earned a Master of Arts in Child Development and Family Relations from the University of Texas at Austin.

Tara Artho is originally from the Texas Panhandle, growing up on a farm just outside of Wildorado. She graduated with a Radio, TV & Film degree from the University of North Texas in 2007. Following college she worked in production for a cluster of radio stations in Dallas, as well as working as a traffic anchor for several years. In September 2013, she joined TGFA as the Director of Communications & Public Relations.

Sherry Ballance currently serves as the Director of Meetings and Industry Relations at the Texas Optometric Association where she has been employed for approximately four years. Previously she served as the Conference Coordinator at the Texas Center for the Judiciary for over six years. Sherry holds a Master of Science Degree in Hospitality Management from The University of North Carolina at Greensboro and a Bachelor of Arts degree in History and Social Studies Education.

Sam Carlson was born and raised in Austin.  After earning a Journalism degree at Texas State University, she initially worked for a political consultant. Sam has since worked for State Senator Estes, JHL Company in Austin, and State Senator Huffman. Sam was recruited to join TxANA in August 2014.

Skye Downing graduated with a degree in Holistic Health and wellness studies from Pacific College of Oriental Medicine in 2001. While managing an independent wellness practice, she worked in Business Administration and Office Management for greater than 12 years. In February of this year she started in a part-time position with the Texas Ophthalmological Association and quickly moved into a role as Membership Services Coordinator in June.

Veronica Garza is a Director at Southern Gas Association. Veronica joined the SGA team as a Manager in 2010, coming from the Dallas CPA Society. She is a graduate from Chaminade University of Honolulu with a Communication degree. Veronica set out with plans to be a news anchor. However, she worked through several positions including radio, auto insurance and executive administration before discovering her talent in association management. 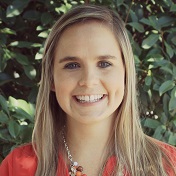 Marketing and Communications Manager, Texas Association for the Gifted & Talented

Rose Grandon is the Marketing and Communications Manager at the Texas Association for the Gifted and Talented (TAGT). She has worked in the education marketing sector for over seven years. Grandon earned her Bachelor of Arts degree in Communications from Ohio Northern University.

Lisa Krabbenhoft is Executive Director of the Texas Association of Assessing Officers, a position she has held since 2012. Previously, she was Education Director at the International Order of the Golden Rule, Association Account Manager at SeminarWeb, and Director of Certification and then Communications Coordinator at TASBO. A native Austinite, Lisa lives in South Austin with her husband and two children.

Amanda McFerren, Executive Director for the National Association of Church Design Builders, has a background in journalism, marketing and managing. She is continually looking for what might need to be redesigned, refurbished, replaced, or revised. She is passionate about building relationships and making a positive impact on both her environment and community.

Matt Smith is the marketing manager for IIAT and has more than 10 years of experience in marketing and communications for associations and non-profits. Matt specializes in developing and executing dynamic marketing content and communications plans that make an impact. Matt obtained his Bachelor of Arts in Communications from Trinity University and possesses a Professional Certificate in Marketing from the University of Texas.

Lisa Van Gemert is the Youth & Education Ambassador for Mensa, a popular speaker, author for the Library of Congress website and numerous articles on the social and emotional issues of giftedness. She is Vice Chair of the Gifted Plus Division of TAGT and shares ideas and resources on her website, giftedguru.com.

Paulina van Eeden Hill works for the Texas Association of School Boards as the Exhibits Manager for the TASA/TASB Convention. In her professional experience, Paulina has held meetings and communication positions at education-related associations ranging from five to 400 employees and in hotel sales.

Kimberly Walton has been Vice President of Communications for the North Texas Commission since February 2008. In her role, Walton is responsible for the communications and marketing of the Commission and is the program director for Leadership North Texas. Prior to joining the NTC, Walton was an Account Supervisor for public relations agency MWW Group. Walton holds a B.A. in Journalism/Public Relations from the University of North Texas.

Darlene Willis, Director of Member Services at the San Antonio Apartment Association, is a graduate of the University of Wisconsin.  She has seven years of association experience and an additional eight years of non-profit experience in fund-raising.  In her spare time she enjoys running and watching bad television.